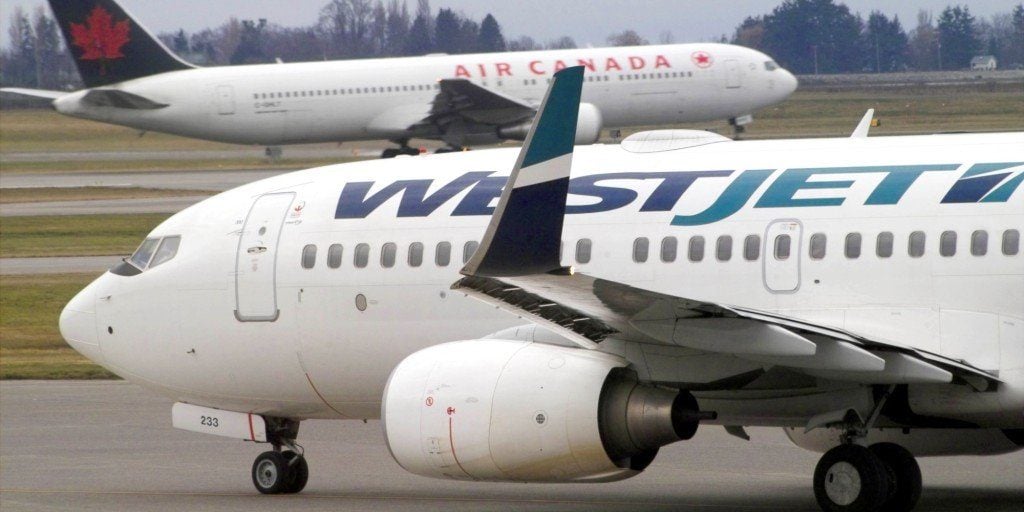 Air travel in Canada can be made simple once you know which Canada airline flies where. There are a few key players the provide air transportation in Canada such as Air Canada and Westjet but there are many other smaller regional airlines in Canada that fly to more remote areas. If you are looking for International Airlines, be sure to check out our World Airlines – Fares – Reservations page.

Canada’s flag carrier, Air Canada together with its regional airline subsidiary, Air Canada Rouge, provides scheduled and charter air travel in Canada for passengers and cargo to more than 150 destinations, vacation packages to over 90 destinations, as well as maintenance, ground handling and training services to other Canadian airlines.

WestJet Airlines Ltd. is a Canadian airline that provides scheduled and charter air service to over 100 destinations in Canada, the United States, Mexico, the Caribbean and more. Founded in 1996, WestJet is currently the second largest Canadian air carrier, behind Air Canada,and operates an average of over 425 flights per day.

Air Inuit offers scheduled services throughout Nunavik five days a week. If you’re in a rush or if you have a special requirement, seven day charter service is a phone call away for air travel in Canada.

With over 30 years in business and more than 50 aircraft, Harbour Air and Westcoast Air have become the largest all-seaplane company in the world. Services now include frequent flights connecting Vancouver, Victoria, Nanaimo, Richmond, Sechelt, Comox and the Gulf Islands along with a wide selection of scenic adventure tours and private charters. For more information visit the WestCoast Air website

Today, the “Bear” offers almost 200 scheduled departures daily to 37 destinations. No other Canada airline offers more service for air travel in Northern Ontario. Sioux Lookout and Thunder Bay combined offer over 40 departures daily and act as Bearskin’s major hubs in the Northwest. Sudbury is emerging as a major hub in Northeastern Ontario and Winnipeg is also growing in terms of the amount of service offered to and from Manitoba’s capital city.

A full service carrier, Calm Air operates scheduled passenger and cargo flights as well as a charter service throughout Manitoba, and the newly created Nunavut Territory!

Canadian North serves over 42 communities in the north through their three gateway cities: Edmonton, Calgary and Ottawa. By working with Northern service partners like Kenn Borek Air, Aklak Air, Calm Air, Air Tindi, and North-Wright Airways, we give you convenient, scheduled connections to destinations across the North.

The Canada Airline of the North. Proudly providing scheduled passenger and cargo service between 24 northern communities with connections to Edmonton, Winnipeg, Montreal and Ottawa. Thier fleet of aircraft ranging from B737, B727, HS748, ATR42-300 and Hercules are available for charter worldwide.

Harbour Air is the largest all seaplane airline in the world. Expansion has given the company bases across the entire of coast of British Columbia. Harbour Air customers can experience adventure in the Khutzeymateen – Valley of the Grizzly Bear in Northern British Columbia, search for Orcas of the shores of Victoria, or spend an afternoon on a secret lake north of Vancouver enjoying a gourmet picnic lunch.

Porter Airlines Inc. is a regional passenger carrier based at Toronto City Centre Airport. The airline is the third largest airline in Canada and currently serves Toronto, Ottawa, Montreal, Quebec City, Halifax Moncton, Mont Tremblant, Thunder Bay, Windsor and Timmins. Porter flys to several Canadian and U.S. destinations and has teamed up with JetBlue to expand its reach.

Porter Airlines flies from its own dedicated terminal at Toronto City Centre Airport, one of the most convenient urban airports in the world, situated just minutes from downtown. Complimentary Porter shuttle buses offer passengers a short transfer to Union Station, only steps from the financial and entertainment districts. The airport is also accessible by public transit, taxi, limo or personal vehicle.

They specialize in charter flights from several Canadian and European cities to vacation destinations, mainly in the south during the winter months and in Europe during the summer. This Canada airline has a fleet of 14 aircraft serves 90 destinations in 25 countries.

Find out more about Air Transat

Air Canada Rouge is one of the largest vacation airlines in the world, serving 100 destinations in on five continents. This airline serves mostly leisure destinations in North America, Europe, the Caribbean and Asia.

Flair Airlines is an airline based in Kelowna, British Columbia, Canada. It operates scheduled passenger services in Canada, as well as chartered passenger and cargo services in Canada, the United States, the Caribbean area and to destinations worldwide from its main base at Edmonton International Airport. It serves a variety of customers including airlines, tour wholesalers, sports teams, convention organizers, government agencies and corporate travel planners, and clients requiring contract and cargo movement services.

The airline has recently begun promoting itself as Canada’s first “Ultra Low-Cost Carrier”  and it plans to expand.

More on Airlines and Airports