So why travel Canada 2017? The most important thing that you need to know is that it is Canada’s 150th birthday in 2017. On July 1st, 2017, Canada will be celebrating the anniversary of 150 years of Confederation.

Nearly 150 years ago, at the Charlottetown and Québec conferences, the Fathers of Confederation worked on an idealistic project—to create a lasting democracy—which today serves as a model for the world.

What has shaped Canada has been many important individuals, milestones, cultural and political events which enabled it to grow into a country that is a leader in the world in many ways.

A country proud of its identity, diversity, innovation, and natural splendour. And a country that is a free, open, diverse and multicultural society. In others words, Canada has a lot to celebrate.

There are lots of great reasons to travel to Canada at any time but this is Canada’s year and it’s going to be BIG. In order to kick off the celebrations, the Government of Canada and its various partners has been counting down the last 150 days of 2016 and the first events started on December 31, 2016 in 19 cities across the country with fireworks and more. The celebrations continue throughout 2017 from coast to coast.

Ottawa, Canada’s Capital city, will of course be “THE” place to be in 2017, especially on July 1st to Celebrate Canada Day.

With our country’s 150th birthday around the corner, Ottawa will be pulling out all the stops when it comes to entertaining, enlightening and engaging Canadians. We can’t wait to take part in all the amazing events scheduled throughout the year.

2017 is the 150th anniversary of Canada becoming a country and our capital city has an entire event-planning committee dedicated to creating the best year ever for residents and visitors alike. Ottawa 2017 (at ottawa2017.ca) is headed up by executive director Guy LaFlamme, who has spent more than 18 months imagining a year of incredible, Insta-worthy events that will happen over 12 months—all with the blessing of Ottawa’s mayor, Jim Watson.

“We do a really good job of July 1st here in Ottawa,” says Mayor Watson. “But we want to take that excitement and enthusiasm and spread it throughout the year. We want to transform our image from Ottawa the old to Ottawa the bold. We want people to understand that Ottawa’s not a stuffy grey-flannel town.”

Ottawa, you have us convinced! Here are our top 10 reasons to visit our nation’s capital in 2017: Read more… 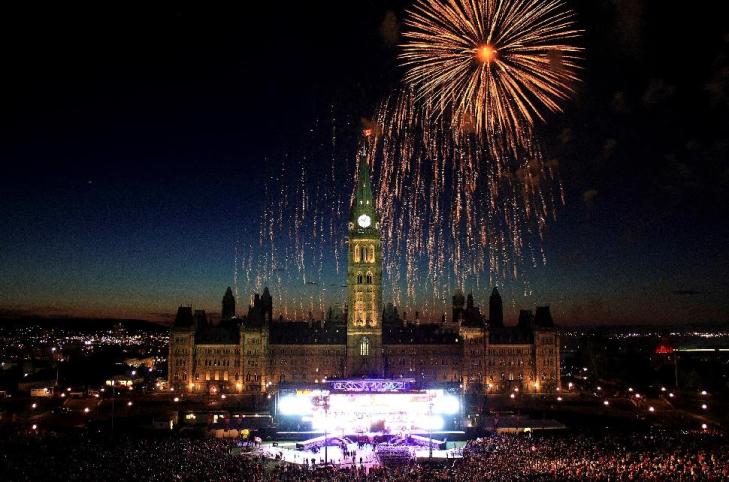 Several Montreal neighborhoods schedule special Canada Day activities. But if you want to attend the mother of all Canada Day events in Montreal, head to the Old Port.

Fireworks, dancing, games for kids and other activities are the usual mainstays of Canada Day festivities at Montreal’s Old Port. The best part? The day-long event is free. Read more…

Celebrations honouring Canada’s 150th birthday are taking place across Toronto. From large-scale artwork and concerts to cultural programs, official openings and community sport days, there is something for everyone to enjoy in 2017. For more TO Canada with Love celebrations, visit the the Canada 150 Festival and Event Calendar.

As the birthplace of Confederation, Charlottetown always celebrates Canada Day in a big way, and for 2017 they’ll be cranking it up a notch. A ten-hour concert will showcase Prince Edward Island’s musical talent with everything from jazz to fiddles to rock.

Visitors are sure to join in the fun – it’ll be hard to miss the roaring 21-gun salute or the giant birthday cake. The city’s harbor will also be a guest port in a trans-Atlantic 150th Celebration Regatta, bringing around forty traditional tall ships for you to hop aboard, along with a waterfront cultural festival spotlighting seafaring from around the time of Canada’s birth.

Wedged between towering mountains and a glistening ocean, Vancouver revels in its uniqueness and each year kicks up its Birkenstocked heels for the biggest Canada Day celebration outside the nation’s capital. Events spread across the city include a full-day music concert with impressive headliners, a citizenship ceremony where you can watch new Canadians joining the clan, street performances, an evening parade and a massive fireworks display from two barges in the inlet.

With enough civic pride to make you wonder if it’s added to the water, Alberta’s cowboy city never turns down the chance to party.  Take part in the Living Flag, check out the traditional Powwow and explore markets and neighborhood street parties, along with a musical lineup on Riverfront Avenue. Calgary’s mayor says ‘sesquicentennial’ sounds both dangerous and delicious; the city’s unfettered celebrations are likely to make you feel the same. Read more…

Of course all of Canada will be celebrating whether it is the small towns or major metropolitan areas, you will not be bored wherever you may be!

The Low Canadian Loonie and Toonie 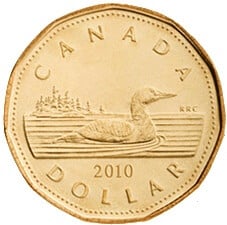 If you are visiting from the USA or other countries where the Canadian dollar has been devalued against your own country’s currency, you will get a good bang for your buck with savings of 20-30% on everything you spend in Canada. From dining, shopping, lodging and local attractions – the falling “loonie” is really appealing for visitors to Canada. What’s not to love with saving some bucks on vacation?

If you are Canadian, then your dollar will go a lot further if you travel in Canada because it is much more costly right now to travel outside of Canada. The Canadian dollar has traded at 13 year lows so 2017 is your year to travel your own country Canadians! 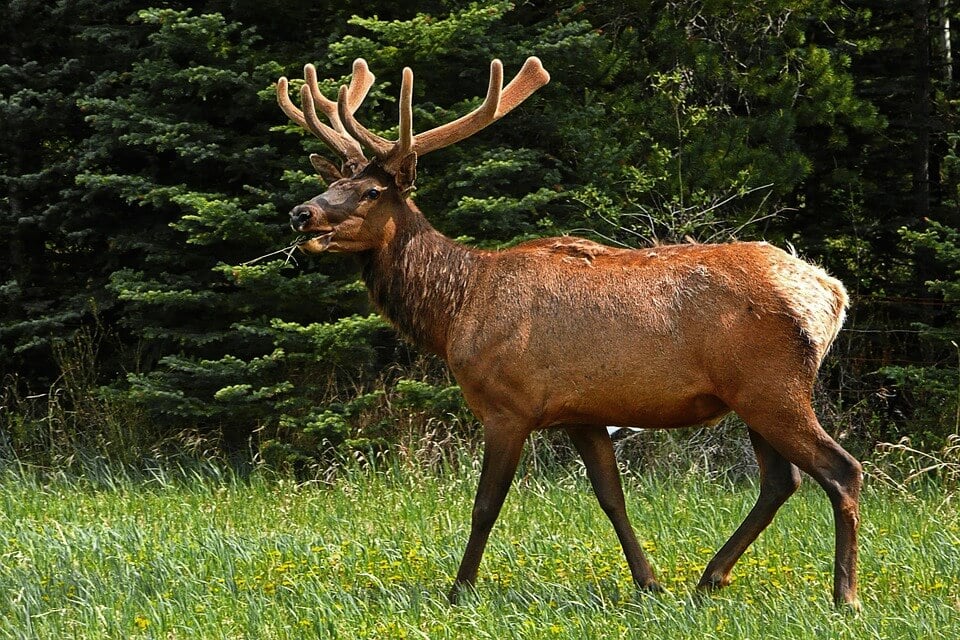 Visiting Niagara Falls (the big horseshoe is on the Canada side – sorry USA) is on most bucket lists but did you know there are dinosaur remains in Alberta? What else does Canada have offer? Well Canada has beautiful nature and lots of it from coast to coast.

In western Canada, the Rocky Mountains take center stage. Then you have the splendor of Cape Breton’s Highlands and the hundreds of freshwater lakes and parks in Ontario. The oldest provincial park in Canada, Algonquin Provincial Park alone is 7,653 square kilometers (2,955 sq mi).

If you Travel Canada 2017 you will be able to see glaciers, boreal forests, rugged beaches, prairie flat lands, the Northern Lights, fall foliage, and the world’s longest coastline.   Canada’s wildlife is also rich and varied. Depending where you go, you may see bears, moose, elk, caribou, otters, seals and even whales. Winter, spring summer or fall, Canada has a natural beauty than can be appreciated all year round. 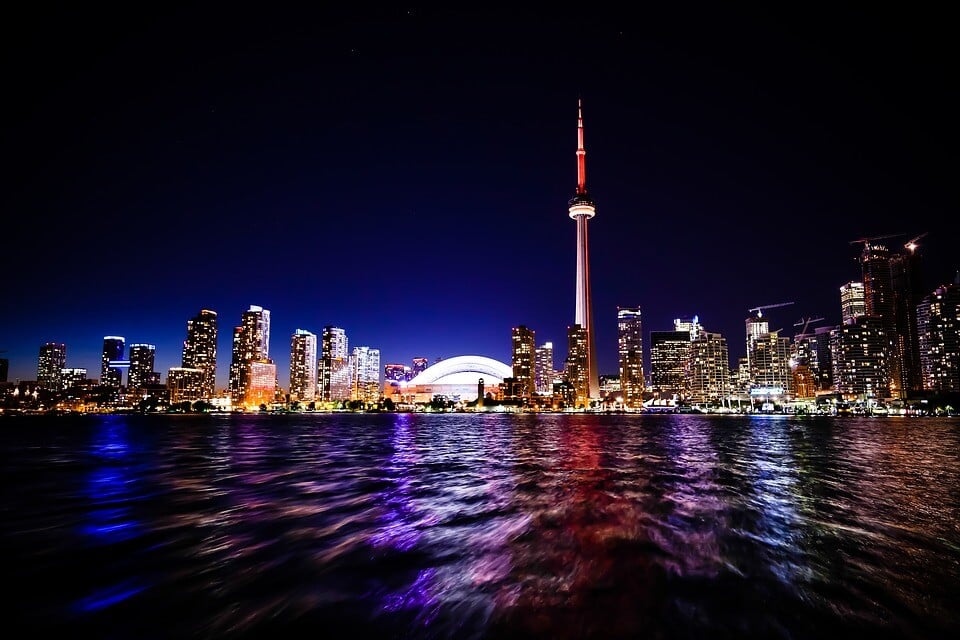 Oh you can have lots of fun visiting Canada’s largest cities too when you travel Canada 2017. From Toronto, the cultural and entertainment center of Canada to Vancouver, the ideal place adventure lovers but with a cosmopolitan vibe. In Ottawa, there is always a festival scheduled and not to mention 15 museums to visit.

Beautiful Calgary is perched in the foothills of the Canadian Rockies but there is a lot more to explore here than ski slopes and hiking trails. The Canada Olympic Park or the Calgary Stampede anyone? And don’t forget about Montreal and its European flair and amazing restaurants. Probably Canada’s most “hip” city. Truth be told, there are so many great cities we left out, it’s almost embarrassing. 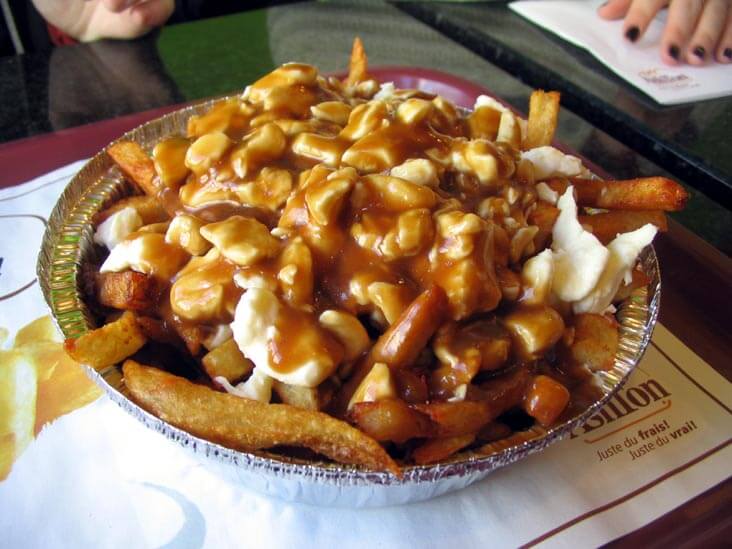 Ever tried a BeaverTail or Poutine? A BeaverTail is a Canadian pastry made of fried dough and is shaped long and flat to look like a Beaver Tail! Yes it comes with various toppings and is sweet and delicious. The first outlet started in the ByWard Market in Ottawa and has grown to many locations across Canada.  Poutine of coarse originated in Quebec is that divine gooey mess of French fries, cheese curds and gravy.

There is a lot more to Canada’s cuisine however and each area is known for something special. Regions like Ontario’s Niagara, BC’s Okanagan and Nova Scotia Annapolis Valley are admired for their high quality fruit, wine and produce. Alberta has its AAA beef on many menus as does B.C and its world renowned fresh salmon.

More fresh seafood can be found on the East Coast where fishing has been a way of life for centuries. You will find world class restaurants in all the major centers and if you are looking for cup of coffee – a visit to Tim Horton’s is a must when you travel Canada 2017.

Tourist Attractions and Things to Do 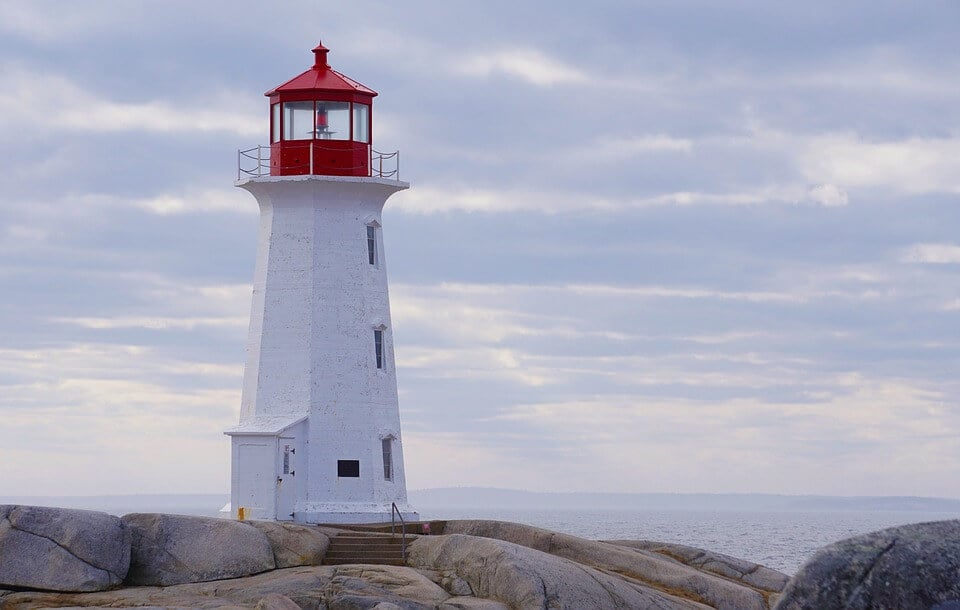 So as far as attractions go, Canada has 15 UNESCO World Heritage Sites, including L’anse Aux Meadows, Dinosaur Provincial Park or the Nova Scotia’s Lunenburg.  It’s hard to beat the beauty of Niagara Falls and Skating on the world’s largest outdoor rink on the Rideau Canal in Ottawa – yes it’s another one of those UNESCO sites. The Northern Lights, or as you may know it the Aurora Borealisis usually the top attraction when visiting the Northwest Territories.

Now Canada has some pretty cool man made attractions also. The CN Tower in Toronto is pretty iconic as is The Peggy’s Cove Lighthouse and Anne’s home of Green Gables on the East Coast.

While visiting Canada, be sure to check out the local festivals where you are. Every region in Canada has hundreds of festivals which include themes such as music, children’s, arts, culture, comedy, dance, film, food and more. 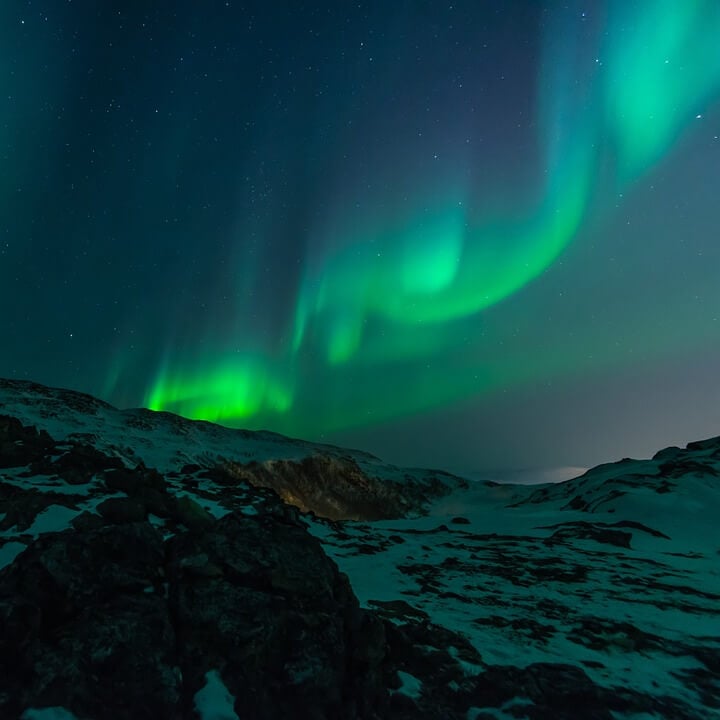 Oh and if you need any more reasons why you should travel Canada 2017, the New York Times named Canada as the #1 Country to visit 2017. So see you soon eh!