Home Travel Deals Fly From Canada to Hawaii for $459

We checked the deals from Toronto but they are also available from Ottawa, Halifax and Winnipeg.

Cheap flights, as low as $459 (return with taxes included) are available from Toronto (YYZ) to various destinations in Hawaii

Several airlines available for these low rates but primarily with United Airlines, WestJet or Delta, Air Canada flights for example are available for $100 more.

You need to play with the dates to find the lowest fares. For example the first dates we tried were Toronto to Honolulu departing on November 24 and returning December 2 the price we got was $459

Our second dates were Toronto to the Big Island departing January 19 and returning February 1, 2017 and price was $475 return with taxes in.  When we tried a departure date of January 18 – 1 day before, the price jumped to $605. 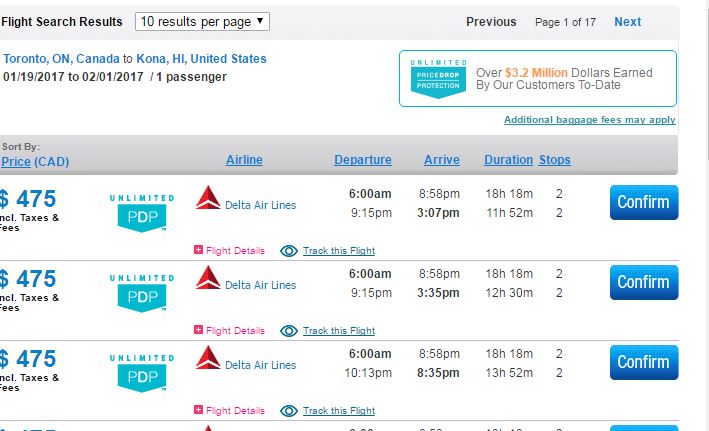 Book now before these deals disappear!

NOTE: These flight and travel deals are available at time of posting. They are usually available only for a limited time.  Please check with the sites we suggest directly for the most up to date flight pricing and availability.