What is Barkerville BC famous for? Gold was first discovered in the Fraser River of British Columbia in 1858. By 1861 pioneer prospectors had moved northeast to the Cariboo region, where William “Billy” Barker found a rich vein at Williams Creek. By 1880, the town named after him, Barkerville, had grown into the largest city west of Chicago and north of San Francisco. 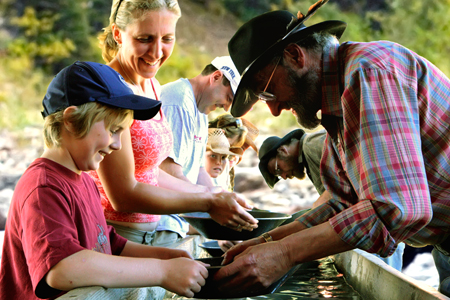 Today, Barkerville BC is a former ghost town transformed into a popular tourist destination. A popular attraction at Barkerville is a gold panning and souvenir shop where visitors can buy a pan full of dirt, rocks and at least a fleck or two of genuine gold. The six dollar price per pan also includes a lesson on how to pan for gold. Novice panners are warned not to put their fingers into the water, because the oil from their skin can cause the gold to float to the surface and out of the pan, instead of staying on the bottom.

Once each year the gold panning shop hosts a gold panning competition, with participants from across Canada, the USA, and even as far away as Europe taking part. Each is given a bucket containing dirt, gravel and six gold flakes. Contestants have up to five minutes to splash and shake their steel pans around in wooden, water-filled troughs, trying to find the most gold in the shortest time. One former champion was observed to find all six of his gold flakes in less than three and one-half minutes.

A few miles east of Barkerville BC, in the town of Wells, Joy Stepan owns and operates Gold Safari Tours. She said people still have the urge to explore for gold, but gold panning is not allowed in parks. So the only place visitors can legally pan for gold is on claims where they are given permission.

Ms. Stepan, known locally as Cariboo Joy, offers gold panning lessons at her RV campground, and allows her guests to pan for gold on her claim at nearby Lowhee Creek. Along with picks and shovels, she rents green plastic gold pans. She says they are easier to use than traditional steel pans because they are lighter in weight and do not reflect sunlight back into your eyes. 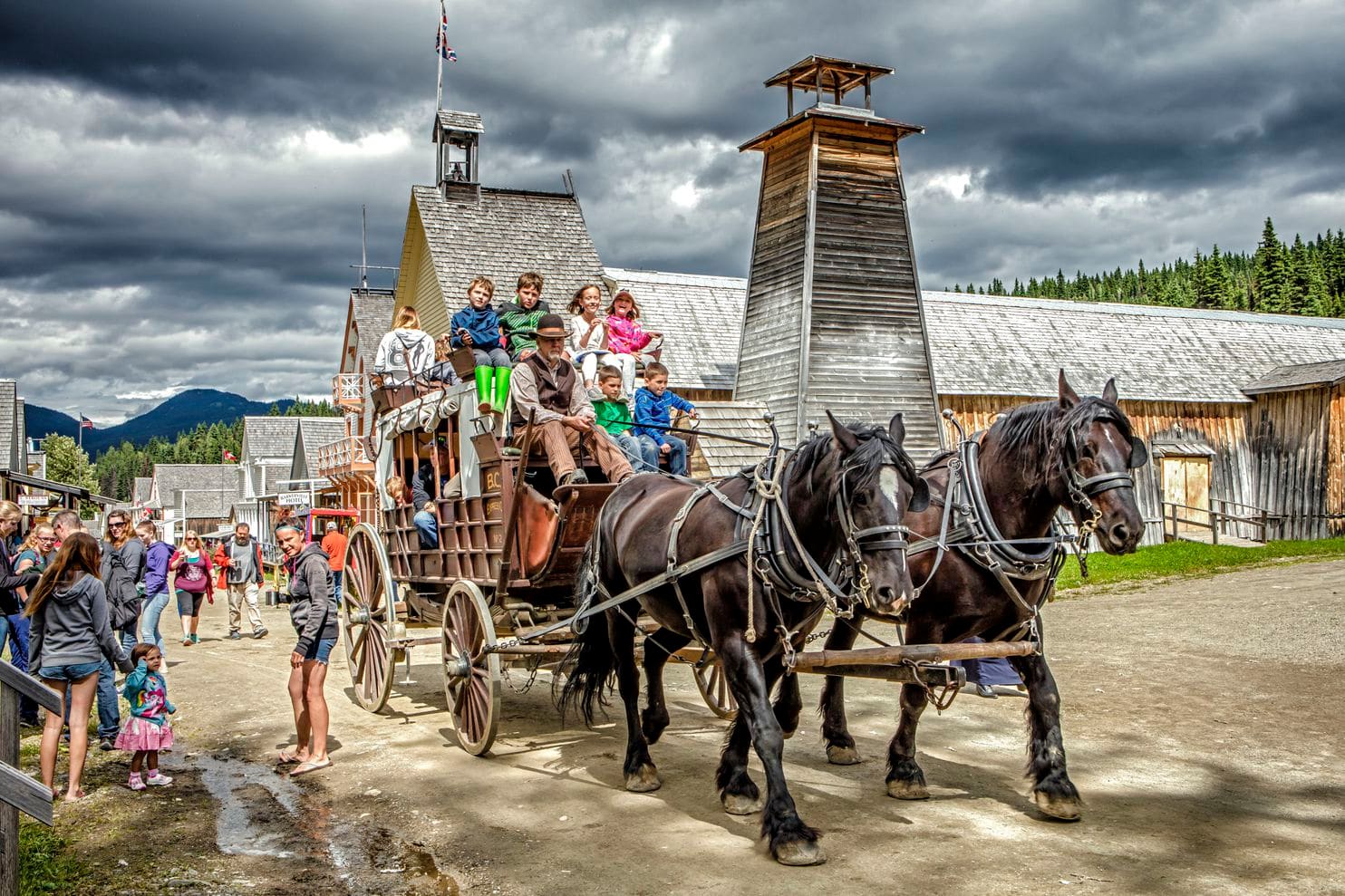 When asked how people know where to look for gold, Ms. Stepan replied that very unconventional methods are sometimes employed. Some people hold a pendulum over a map and then look for gold at places where the pendulum swung. Others use a dowsing wand, a Y-shaped stick cut from a willow brand. They walk along the ground, holding the wand out in front of them. Where the wand dips, they believe gold may be found. Barkerville BC is the place to experience the gold rush as it used to be.